skip to main | skip to sidebar

Do you think sharing information, data and documents among your coworkers is sufficient without a server? Do you think that a peer-to-peer network and emails are doing the job?

Well, without a server, you risk experiencing performance problems, security vulnerabilities, additional costs, and decreased operations efficiency. But you don’t need one of those big, expensive servers. Not yet, at least. ODI Consulting offers server systems that are micro in size but mega in advantages…ideal for growing businesses with limited office space.

You need immediate access to a file that a coworker has been editing. He’s away on vacation and he’s left his notebook PC at his desk. Panic time? No. Your company centralizes its files on an ODI Dedicated Server. Just as you would on your own computer’s hard drive or an external USB stick, simply navigate to the folder in which the file is and open it. Many Small Businesses use peer-to-peer networks and think they're sufficient enough, if one user shuts down their machine, then information stored on that system cannot be accessed.

Centralizing files and other data on a server encourages collaboration between workers. Rather than storing files on individual PCs — leading to inconsistency, poor information sharing, dated/duplicate files, and extensive management—file-sharing enables employees in different locations to effectively work together, leading to increased productivity and success.

Issues pertaining to information security also exist internally when it comes to file sharing. A peer-to-peer network offers little security, seeing how users share information and access to each other's PC. With the HP ProLiant MicroServer, you can maintain control over who can view or access confidential and sensitive files and folders. Defining access rights is simple and leaves you at ease. At the same time, a server protects and your company from external security threats.

Implementing a server into your Small Business will allow you to better support on-the-go. These systems enable remote access to files, data, information, and running applications stored on the server. Using Notebook PCs with built-in mobile broadband, your staff has fast and safe access to any information they need. The combination of the Server with notebooks provide an impressive capacity to serve your current and future needs.

The ODI Server Systems are reliable, fast, fast, affordable, and adaptable allowing you to meet your growing needs and quickly respond to your customers and competitors.

Call us today to see how we can save you time & money!

Email Spam Down, virus' up!

According to a recent article posted on CNN; Email spam is down while virus transmittions are up.

Email virus's can be annoying to some and devasting to many others! Malware is increasingly being housed in messages purporting news about celebrities or unleashed when recipients open file attachments sent by family and friends.

Our technicians spend an amazing amount of time performing multiple virus scan's to eliminate malware, adware, trojans, etc. If you've experienced an infected computer, you know that many times these malicious applications can hijack your operating system or wipe your hard drive clean! We encourage our clients to be proactive and ensure your virus protection is updated regularly.

Looks like the announcement for which carriers will be making & selling handsets for Microsoft's newest operating system will be Oct 11th. AT&T is one of those carriers!

Windows Mobile hasn't been upgraded substantially in several years, and more user-friendly competitors such as Apple's iPhone and Google's Android OS have taken market share away from Microsoft. As a result, Microsoft scrapped the Windows Mobile project and redid the entire OS into a tile-based interface incorporating elements of the Zune media player and Xbox Live gaming.

Though the company will announce details about Windows Phone 7 at the October 11 conference, multiple reports have claimed that the official shipping date of the first Windows Phone 7 devices is Nov. 8.

No comments:
Email ThisBlogThis!Share to TwitterShare to FacebookShare to Pinterest

Ut Oh! This is not good for business!

Dell has confirmed that some of its PowerEdge server motherboards were shipped to customers with malware code on the embedded server management firmware.
The issue affects a limited number of replacement motherboards in four servers - PowerEdge R310, PowerEdge R410, PowerEdge R510 and PowerEdge T410.

ODI is a full service IT/Web & Programming company, if you're not aware of the services we provide, please feel free to call or email us. We can quote servers of all brands, sizes and customize them to your needs!

Better yet, check us out at www.ODIConsulting.com!
No comments:
Email ThisBlogThis!Share to TwitterShare to FacebookShare to Pinterest
Labels: Computer Repair, computer security, computers, motherboards, Servers 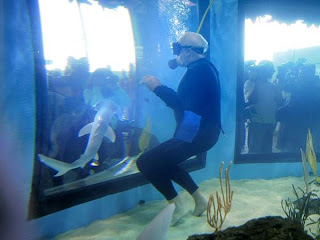 In a news article printed by the Herald-Tribune (published: Saturday, March 27, 2010):

Sarasota sprinted toward a Friday deadline for applications to become Google Inc.'s high-speed Internet guinea pig with an appearance by its mayor on CNN.
The Mountain View, Calif.-based search-engine company, meanwhile, said it has fielded more than 600 applications since its Feb. 10 announcement that it wanted to work with a U.S. community to push Internet speeds to the home and office to roughly 100 times the current U.S. average.
The company will narrow the field in the months ahead and expects to make a decision by the end of this year, according to a Friday update from Google’s product manager James Kelly.
Sarasota Mayor Dick Clapp, jumped into a tank filled with bonnet head sharks at Mote Marine earlier this month to drive home the point that Sarasota has educational, eco-minded groups that could benefit from Internet speed.
In a Herald-Tribune interview, Clapp indicated that officials have been inspired to gather more information regardless of Google's decision. The chief information officers from both the city and county "are trying to get an inventory of dark fiber that FPL put in that is not being used," Clapp said. FPL Group, parent company of Florida Power & Light, operates a wholly-owned fiber optic cable unit. "It is not in the interest of Comcast, Verizon or Bright House to lower prices or give away speed," Clapp said. "Google is out there stirring the pot saying, 'If you aren’t going to do it, we are going to weigh in."
In overall presence, Sarasota comes in fifth, bettered by No. 1 Grand Rapids, Mich.; No. 2 Duluth; No. 3 Topeka, Kan.; and No. 4 Baltimore. Sarasota was ahead of other major contenders, including No. 6. Fresno, Calif. and No. 7 Madison, Wis.
Sarasota's attention-getting actions -- temporarily renaming City Island as Google Island and having singer/song writer Lindsey Ray record a song about its efforts -- have pushed the community to fourth place in the entire nation for a metric Greiner calls "activation." Greiner even provides an activation timeline showing spikes in digital activity related to specific stimuli, such as the naming of Google Island. Greiner said Sarasota has a real edge in this regard.

We all love the heat during the summer, lounging out by the pool or basking in the sunlight on the beach. And my favorite... summer bbq's and grilling outdoors. But heat can be deadly, especially to your costly computer components.

Computers are built out of many digital circuits. These circuits are constantly switching state; i.e., when doing calculations. Heat is a by-product of these calculations. Computer chips, central processing units (CPUs), and graphic processing units (GPUs) are getting more powerful every day. With newer technology comes faster processing. Faster processing leads to more heat being generated. Without proper heat dissipation, components can be damaged beyond repair.

Our computers have cost us our hard-earned dollars. We save up to buy the very best and we expect reliable performance. But, just like a car, a computer requires proper maintenance. Keep them cool and clean and they’ll last you a lifetime. Ignore them and you they will start costing you more in the long run. Be cool and keep it cool!

In the summer you may notice your computer freezing and crashing. This could likely be caused by heat build up. Dust, pet hair, smoke residual, and faulty cooling components in the computer can cause excessive heat build up and possibly lead to catastrophic failure.

During the summer months ODI is offering a free internal cleaning of your computer and inspection of its cooling components. Bring your's in today! Don't let your computer get beat by the heat!
No comments:
Email ThisBlogThis!Share to TwitterShare to FacebookShare to Pinterest
Labels: Computer Maintenance, Computer Repair 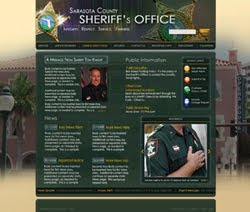 If you're new to ODI's blog, then great news is to be read today!

ODI Consulting has completed and launched the new website for the Sarasota County Sheriff Department!
This new website offers the public and media access to a ton of great information and services to the public.

Promote Your Page Too